ONE CHILD EVERY 26 SECONDS IS TRAFFICKED GLOBALLY

“Film is my commitment to creating work that matters in our world. I wanted to film a documentary on global sex trafficking because it is a fast-growing horrific industry that tragically affects every child and woman worldwide. We can either do something or nothing. I simply chose to do something with the resources and creative talent that I possess and have access to as a professor in film. As a filmmaker, my intention is to tell the story. It was not possible to tell the story about human trafficking unless I visited the countries, met the victims face-to-face that were trapped in the sex trade – the pimps and madams that sell them, and the johns who buy them – but the true heroes are the non-profit organizations that rescue, restore, and reintegrate these innocent children. Creating awareness is not enough, but rather a call to action is ALL of our responsibility. It will not only take an army of heroes but also a village of ordinary people like you and me.”

A POIGNANT AND UNAPOLOGETIC DOCUMENTARY ON GLOBAL SEX TRAFFICKING

Kelly Galindo, award-winning director, writer, and producer of 26 Seconds, has won the prestigious Award of Merit Best Shorts Competition for Women Filmmakers; The Award of Merit for Liberation-Social Justice-&-Protest; Award of Merit for Women Filmmakers for the Accolade Global Film Competition; Outstanding Excellence of Social Issues for Docs Without Borders Film Festival; Award of Merit for Best Documentary Short for Women Filmmakers for the IndieFEST Film Awards; Best Short Cause-for-Change for AIFA Fest; Best Director for the International Independent Film Awards; Special Mention for Impact Doc Awards; and Special Mention for Global Shorts, One-Reeler Short Film Festival Competition and winner of Excellence for WRPN Women’s International Film Festival. The 26 Seconds documentary short has also been officially selected for That Film Festival – Cannes, Dances with Films Festival, See It-End It Film and Arts Festival and Film-Com Packaging Financing & Distribution Market. Galindo’s vision is to spread awareness and create a call to action by educating audiences and giving a voice to those who have been silenced. Human trafficking is the fastest-growing illegal industry in the world. There are more slaves today than any time in history.

26 Seconds is a two-stage film project that reveals the global epidemic of child sex trafficking. The first stage is a two-hour feature documentary that is currently in post-production. The second stage is a dramatic doc-series.  Through a captivating journey across the world, Galindo reveals the ubiquity of the problem and the gravity of the damage sustained by this evil, destructive trade. In intimate interviews, the audience gets a raw, often shocking glimpse into the lives of children and women in various cultures and regions. The interviews include vivid details of how each victim was captured or lured into the sex trade, the horrors of their captivity, and the commitment of each individual, non-profit organization, crisis intervention team, and law enforcement in the fight to eradicate global sex trafficking. The film project exposes the underage sex slave industry from the United States to Asia and Africa.  The 26 Seconds team is currently editing the feature documentary with three-time Emmy award winner, Mark Wilcken, as lead editor. The production will be making a strong push for top-tier film festivals, along with a PR campaign for the Academy Awards. Sid Ganis, the supervising producer for 26 Seconds, was the past president of the Academy of Motion Pictures, Arts, and Sciences; he also served as chairman of the Academy’s International Outreach Committee up to 2017. Prior to this, Ganis has been on the board of directors at Marvel Entertainment until its sale to Disney. His film career in marketing and publicity includes working at 20th Century Fox, Lucasfilm, Columbia Pictures, Warner Brothers, and Paramount Pictures.

26 Seconds short documentary is available on the platforms below

Right Here in the USA!

Side by Side Church

Help us to defend vulnerable children and women around the world. Some are coerced, manipulated or kidnapped. Others are forced into it by close associates, like relatives, friends, boyfriends, and tragically, sometimes even by their own parents who become their traffickers. While there can be complex cultural and economic motivations at play, the sex trade is predicted on one undeniable reality. Every day around the world, countless boys and girls are bought and raped by grown men. The economic benefits of selling sex are irrefutable. Unlike drugs or weapons, children and women can be sold over and over again.

IF YOU ARE INTERESTED IN BECOMING A BRONZE, SILVER OR GOLD SPONSOR, INFO BELOW FOR YOUR REVIEW 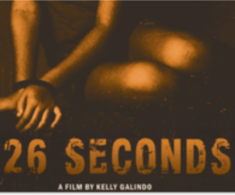 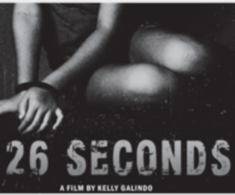 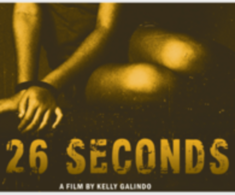 Thank you for donating to 26 Seconds Documentary!
Donate

A much needed film to expose the abuse.

Good job getting the word out!!!